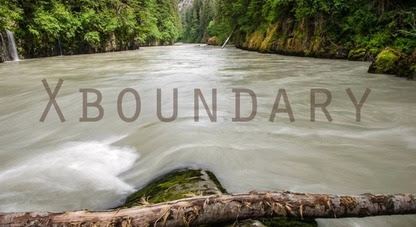 With mining becoming a booming business all around British Coumbia, Canada, it’s clear Alaskans just across the border are fighting back. Hence, Trout Unlimited’s Alaska program and the environmental group Salmon Beyond Borders collaborated on a film short, Xboundary, which stresses the concerns about the mining that, like the Pebble Mine to the northwest in salmon-rich Bristol Bay, could pose potential harm to the ecosystem in Southeast Alaska.
I was able to see a sneak preview of the film, which will be available to view online this Thursday. At just six minutes and change long, I won’t provide too much information and spoil the message. But very compelling arguments are made.
Xboundary begins with a black screen and background noise of raging water with this passage from the 1909 Boundary Waters Treaty between the U.S. and Canada:
“WATERS FLOWING ACROSS THE BOUNDARY SHALL NOT BE POLLUTED ON EITHER SIDE TO THE INJURY OF HEALTH OR PROPERTY ON THE OTHER.”
The opponents of the mines interviewed talk of the three major river systems that share Canadian and U.S. soil – the Taku, Stikine and Unuk, and the mining operations that are within a close proximity of the rivers and their tributaries that wild salmon from the Pacific spawn in.
It’s a really well-produced film and worth your time to see when it’s made available for viewing. Here’s a press release, with information about the film’s online premiere later this week:
Trout Unlimited, Alaska Program, in collaboration with Salmon Beyond Borders, cordially invite you to an exclusive online screening of the new video, Xboundary.
This film short, by acclaimed Alaska filmmaker Ryan Peterson, showcases the beauty and abundance of Southeast Alaska’s temperate rainforest, home to some of the world’s healthiest runs of wild salmon. The video also tackles some tough issues this region faces from neighboring Canada. Through the voices of fishermen, Alaska Natives, First Nations, tourism guides, and others, Xboundary explores the huge threats to the Alaska/B.C. transboundary region from large-scale developments in British Columbia. The video will leave you wanting to join the fight to protect this wild place, its salmon, Native cultures and unique way of life.
This Thursday Feb. 12, the video will be live at salmonbeyondborders.org.