The following press release is courtesy of the Alaska Departmetn of Fish and Game:

The Alaska Department of Fish and Game, Division of Sport Fish announced today that Peterson Creek, north of Juneau, will be closed to sport fishing. Specific restrictions are as follows:

Snorkel survey expansions, based on years when concurrent weir counts were available, indicate that overall production of steelhead in Peterson Creek has declined in recent years. For the last 4 years (2015-2018), snorkel survey index counts conducted each spring have been below the 1997-2014 average of 28 fish (equal to an escapement of about 116 fish), when steelhead abundance in the creek appeared to be relatively stable. The 2018 snorkel survey count of 6 fish was the lowest on record since surveys began in 1997. A conservative approach is necessary to manage the Peterson Creek steelhead stock during this period of low escapements.

For more information please call the Division of Sport Fish Region 1 office at 465- 4270. 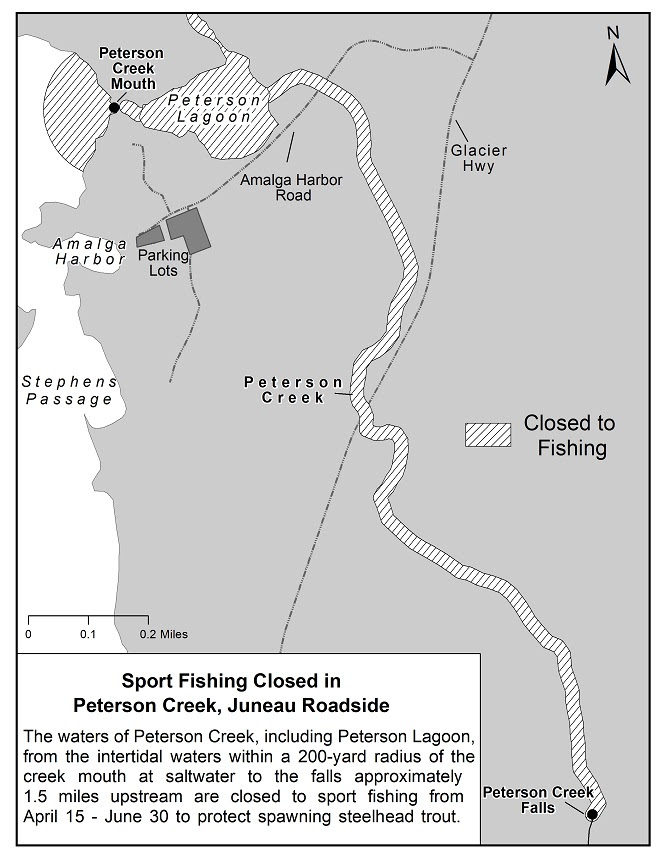