The following is courtesy of the U.S. Fish and Widlife Service’s Alaska Region: 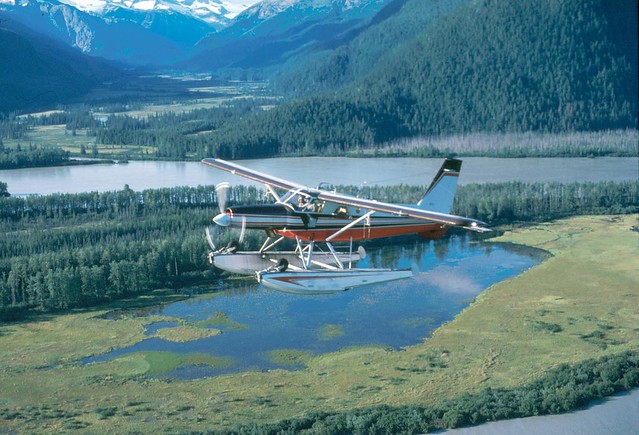 Headed to Alaska? You can soon catch a glimpse of U.S. Fish and Wildlife Service history at the Ted Stevens Anchorage International Airport.

The above plane (N754), a testament to human ingenuity, is being installed at the airport and should be ready for its close-up in mid-November.

N754 started out as an ordinary deHavilland Beaver built in 1952, and it flew military missions in Cuba.  Its transformation into something extraordinary began when the Service acquired it as surplus in 1964.

We planned to use it for aerial waterfowl surveys in Alaska, a dangerous job because survey flights are usually at low altitude, so our pilots and mechanics made some serious modifications to improve safety and visibility. Check them all out! Because we knew what was needed and modified it to do one specific job – waterfowl surveys – N754 was a one-of-a-kind aircraft with an excellent safety record.

And fly surveys it did. Our pilots flew N754 for survey work in Alaska, Canada, Mexico and Russia, with N754 logging nearly 15,000 hours of waterfowl surveys by the time it retired in 2011

Rod Drewien with a swan. Photo by USFWS

There is a photo of N754 on flickr and the user calls it an “ugly duckling.” It was also called “Pinocchio.” Form definitely took a back seat with N754, but when it was flying, it was considered a safer and more reliable waterfowl observation platform than any other aircraft in the fleet. So unlike Hans Christian Andersen’s ugly duckling, N754 never turned into a beautiful swan. Instead, it did what it was built for, surveying waterfowl,  including swans.