The following is courtesy of Mark Titus, director of the documentary films The Wild and its predecessor, The Breach.

The following is courtesy of the Alaska Department of Fish and Game:

Get Out and Fish! – Jewel Lake Jamboree on February 8

(Anchorage) – Anglers of all skill levels are encouraged to join the Alaska Department of Fish and Game (ADF&G), The Bait Shack, and the Alaska Sport Fishing Association from 9:00 a.m. to 4:00 p.m. at Jewel Lake on Saturday, February 8, 2020, for the Jewel Lake Jamboree and Community Fishing Day.

Anglers may bring their own fishing gear if they have it, or may borrow equipment from ADF&G. Several hundred ice holes will be pre-drilled for the event, so bring your friends, family, and some warm clothing, and join us for a day of ice fishing.

“This event is a great opportunity for anglers of all skill levels to come out and go ice fishing,” said Ryan Ragan, Program Coordinator with the Division of Sport Fish. “We are excited to partner with The Bait Shack and the Alaska Sport Fishing Association to bring this community event together. The lake will have been stocked with around 5,000 fish and fishing should be good.”

The Jewel Lake Jamboree falls on the heels of a weeklong ice fishing event hosted by ADF&G that invites school age kids from both public and private schools to get out of the classroom and experience ice fishing. Over 2,500 local area students will have gone ice fishing at Jewel Lake prior to this event.

If you plan on retaining your catch, please bring a bag or cooler to bring it home. We will not have bags available.

(Anchorage) – Long, cold days make us yearn for warm days out on the water. Prince William Sound (PWS) is just one area known for its spectacular coastal scenery and ample saltwater fishing opportunities. Are you interested in learning about the saltwater fishing opportunities that are available in PWS area? Join Alaska Department of Fish and Game (ADF&G) staff at the William Jack Hernandez Sport Fish Hatchery (WJHSFH) on Wednesday, February 12, 2020, from 6:00 p.m. to 8:00 p.m. for a “Saltwater Fishing Opportunities in PWS” seminar. This seminar will be held in the WJHSFH conference room, located at 941 North Reeve Boulevard, Anchorage, Alaska.

This is a free event for anyone interested in learning about fishing locations in PWS, the different fish species present, and what gear to use to target specific species. Staff will also demostrate how to use a deepwater release mechanism for rockfish, which is required by law as of January 1, 2020.

Advanced registration is required, and space is limited, so sign up early! To register, please visit the Hunting and Fishing Forum webpage.

For those anglers who are interested in fishing but aren’t quite ready to commit to the required fishing equipment, ADF&G offers a free rod loaner program throughout the year. For more information, please contact the Anchorage Sport Fish Information Center at (907) 267-2218 or the Palmer office at (907) 746-6300.

The following press release is courtesy of the U.S. Forest Service, Alaska:

JUNEAU, Alaska, January 29, 2020—The USDA Forest Service finalized the final phase of a purchase of nearly 23,000 acres of land on Admiralty Island from Shee Atiká, Incorporated.

For each of the last four years, Congress has appropriated funds through the Land and Water Conservation Fund for the acquisition of the Cube Cove lands, which both the Forest Service and Shee Atiká are excited to have completed.

“The completion of the Cube Cove land transfer was truly a monumental team effort.” said Pamela Steffes, Chairman of the Board, Shee Atiká, Inc. The corporation said it is grateful to the Forest Service and the Alaska congressional delegation for working together on the project, a sentiment shared by Alaska Regional Forester David Schmid, “A historic opportunity, with a wonderful partner – Shee Atiká — allowing us to continue our mission of connecting people to nature,” he commented.

Cube Cove is located 30 miles south of Juneau, Alaska, and 20 miles north of Angoon, on Admiralty Island within the Kootznoowoo Wilderness and the Tongass National Forest.

Now publicly owned, the newly acquired lands will be managed as designated wilderness by the Forest Service, which provides the public with opportunities for remote and primitive recreation. Those interested in learning more about these opportunities should visit www.wilderness.net for specific guidelines for land uses in the Kootznoowoo Wilderness Area; or they may call the Admiralty National Monument direct at (907) 586-8800.

The Alaska Department of Fish and Game is offering $100 Visa gift cards as incentives for anglers who catch certain northern pike from Alexander Lake.https://t.co/kF074AEFfj

This summer Alexander Lake was closed to sportfishing as a measure to keep elodea, and invasive and fast-growing waterweed, from being transferred to other bodies of water. Since the lake was closed, Bradley says that all the fish that were tagged should still be there.

Anglers can bring in either just pike heads or the whole body to the ADF&G office in Palmer on Mondays through April 13. Staff will scan the fish head and if it is a tagged fish, the angler will receive a $100 Visa gift card and be entered into a drawing for a $1,000 gift card. Up to 35 gift cards will be issued.

In August, the state reduced the bag limit from two caribou to one caribou. Federal managers followed suit for federal lands, and restricted harvests to bulls in western game units. In December, federal managers closed the hunt entirely in their jurisdiction. At that point, the state still wanted to gather input from subsistence users and kept its hunt open. Since then, ADF&G has talked with many of those users and received support from the Board of Game to close the hunt. The goal is to increase the herd’s population.

“If we harvest too many bulls, or too many animals in general, there won’t be any growth in the herd, any minimal growth in the herd,” said Todd Rinaldi, ADF&G Regional Management Coordinator for the Division of Wildlife Conservation for Central Southwest Alaska.

Mulchatna Caribou HuntersCaribou hunt RC503 will close for the remainder of the season starting January 31, 2020 at…

Posted by Alaska Department of Fish and Game – Official on Wednesday, January 29, 2020

The following is courtesy of Angler’s Alibi fishing camp:

The following is courtesy of the Alaska Department of Fish and Game:

(Anchorage) – The Alaska Department of Fish and Game (ADF&G) Division of Sport Fish has published the 2020 Season King Salmon Outlooks for the Deshka River and Kenai River early and late runs. The preseason forecast total run for the Deshka River is 10,570 king salmon which is within the biological escapement goal of 9,000 to 18,000 fish. The outlook covers three classes of models that statistically have the greatest accuracy and precision. The outlook also includes tables depicting forecasts of the previous year’s runs and actual runs for specific age classes.

The Board of Fisheries (BOF) has several proposals before it that may affect management decisions that could impact local fisheries; therefore, ADF&G is not making any management decisions at this time for the Upper Cook Inlet areas. The BOF Upper Cook Inlet Finfish meeting is scheduled for February 7 – February 19, 2020, at the Egan Convention Center. The public is welcome to attend the meeting.

“ADF&G understands that anglers, guides, and local businesses are better served by preseason and timely management decisions,” stated Sport Fish Cook Inlet Coordinator Matt Miller. “However, it is prudent to hold off making any preseason management decisions prior to the Board of Fisheries meeting. The board will be considering actions that could impact these fisheries.”

Here’s The Associated Press, via idaho News CBS 2, with more, including the suspect’s expected fines running at $20,000:

The following press release is courtesy of NOAA’s Fisheries Science: 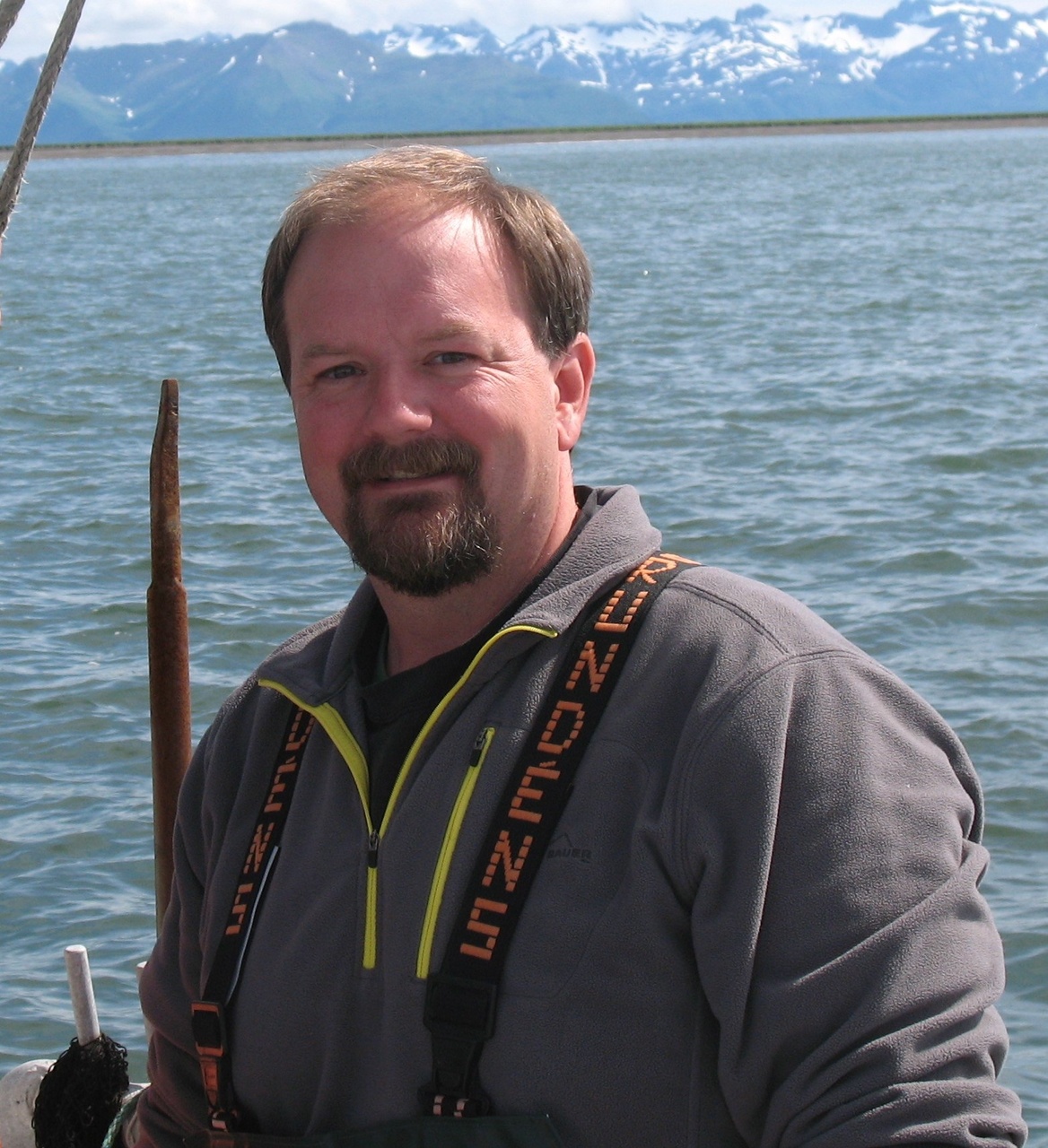 Hurst’s research blends field studies and laboratory experimentation to examine the environmental ecology of early life stages of marine species. Much of this work focuses on the pervasive influence of temperature variation on the physiology and ecology of fishes including behavior, habitat selection, growth energetics, and larval ecology.

Recent areas of research include characterizing dispersal patterns of Pacific cod, biochemical characterization of growth dynamics in Pacific halibut, and the potential impacts of ocean acidification on fishes of the Bering Sea and Gulf of Alaska. Hurst serves as the Alaska Fisheries Science Center’s representative on NOAA’s Ocean Acidification Working Group. He also holds an appointment as a Courtesy Assistant Professor in the Department of Fisheries and Wildlife at Oregon State University.

The following is courtesy of Salmon Beyond Borders:

JUNEAU—It was with interest that Salmon Beyond Borders learned Alaska Governor Mike Dunleavy is in Vancouver for the Association for Mineral Exploration conference this week to tout Alaska mining, and that British Columbia’s transboundary mining will be a topic of discussion for Alaska Department of Fish and Game Commissioner Doug Vincent-Lang. Lest the administration forget, Alaskans are demanding binding protections from Canada’s mines.

“Alaska tribes, fishermen, municipalities, and thousands of residents have made clear that B.C.’s large-scale open pit mines near the Taku, Stikine/Iskut, and Unuk/Nass rivers, many of which have insanely massive tailings dams at their headwaters, pose direct downstream threats to our salmon, jobs, and way of life,” said Salmon Beyond Borders Director Jill Weitz. “As a new series of maps show, B.C.’s gold-rush era mining laws allow whole watersheds to be staked for exploitation without a consideration of cumulative effects. Unfortunately, what we see in the media and understand from British Columbia’s government is that the State of Alaska has been downplaying Alaskans’ and the Congressional Delegation’s concerns regarding the need for financial assurances and binding protections for the downstream communities that depend upon our billion dollar fisheries and visitor industries. Southeast Alaska has nothing to gain but everything to lose from these Canadian projects.”

In a July 2019 op-ed, Commissioners Corri Feige (Alaska Department of Natural Resources), Doug Vincent-Lang (ADF&G) and Jason Brune (Alaska Department of Environmental Conservation), all of whom are also in Vancouver for the mining conference, confirmed that “Alaska remains committed to maintaining both high water quality standards and responsible mineral development in the transboundary waters.” In a May 6, 2019 letter, Governor Dunleavy confirmed that when it comes to transboundary engagement,  “the Governor’s Office continues to take the lead on behalf of the State of Alaska.”

“Southeast Alaska tribes, communities, and the Alaska delegation are all deeply concerned about impacts from B.C. mines and the province’s track record, which is far from ‘responsible’” Weitz continued. “That lack of responsibility is clear from, in many instances, the lack of consent from First Nations; ongoing acid mine drainage from the abandoned Tulsequah Chief mine in the Taku River watershed, which B.C. has failed to solve for six decades; and the lack of accountability and oversight responsible for the Mount Polley tailings dam disaster — Canada’s worst environmental disaster — which flooded 6.6 billion gallons of mine waste into the Fraser River watershed and has still resulted in no charges against the mine’s owner, Imperial Metals. If Governor Dunleavy is truly at the helm, he must not follow B.C. and B.C. mining companies’ lead. Instead, the Governor and the Commissioners must amplify concerns from thousands of Alaskans, including our Congressional Delegation, commercial and sport fishing powerhouses, business owners, and Southeast tribes. For Southeast Alaska, Mount Polley is not an abstraction. It is a nightmare to be avoided.”

Salmon Beyond Borders is a campaign driven by sport and commercial fishermen, community leaders, tourism and recreation business owners, and concerned citizens, in collaboration with Tribes and First Nations. We are united across the Alaska/British Columbia border to defend and sustain our transboundary rivers, jobs, and way of life.